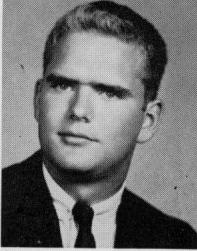 I went to the University of Illinois, taking four years of Air Force ROTC and graduating with a BS in Accountancy.  In the first half of June, 1964, Eileene and I were married and went to Illinois for my graduation and commissioning ceremonies.  In October  I began pilot training  – which I had wanted to do since I was a little kid – graduating a year later, followed by three and a half years as an instructor pilot.

In 1969 I started as a pilot with American Airlines.  I flew the 707,727,757,767,777 and my favorite, the DC-10.  After I made Captian, I spent most of my career as an instructor/check airman at American’s Flight Academy.  I gave training and  check rides to both First Officers and Captains on 727’s and DC-10’s in simulators and airplanes, including giving FAA type rating check rides to Captians in both airplanes.

In May of 2001 I took early retirement, after flying the 777 four months.  The job was starting to feel like work, the DC-10 had been retired in November of 2000, and the “Biggie” – after putting up with 35+  years of my being a pilot, Eileene was getting tired of worrying that my luck might be about to run out.

We would like to see everyone at the reunion, and find out what everyone’s been up to, but we’re not going to make it.  Have a great time !